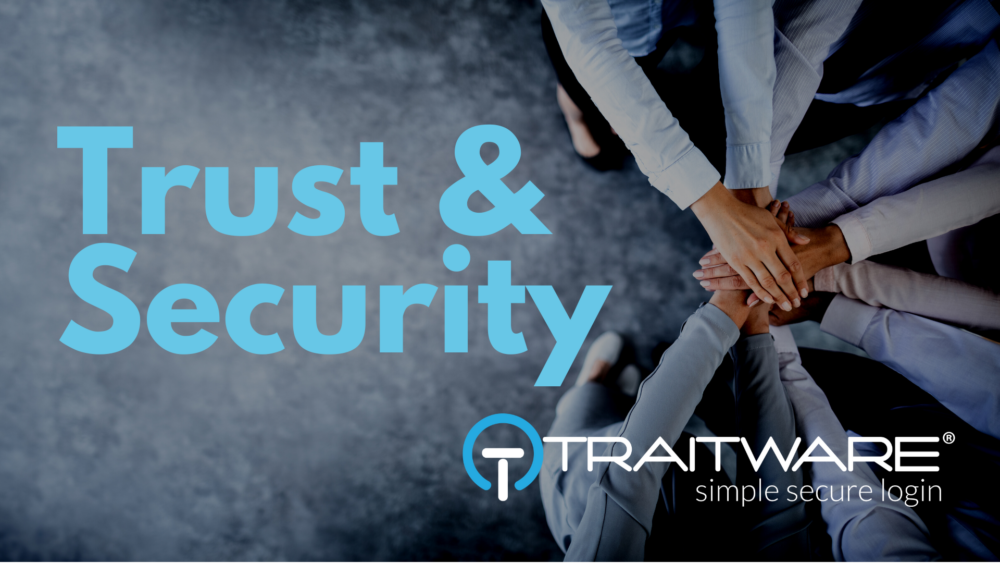 TRUST. It’s a people thing. Not a technology thing. People build reliable technology. Not the other way around. Choosing which cybersecurity tools you trust to implement and use starts with people.

If you’re looking for a solution, you need to know what exactly they are selling, who’s behind it, what problems the product will solve, and if they know WHO they’re selling to? (Have they done their homework? Are they listening?)

All the marketing dollars in the world can’t change a vendor’s Truth.

Is the solution what they say it is?  If they say “Passwordless”, have they actually removed the password from the equation entirely? … Be sure the promises and claims match the reality and ask to take it for a test drive before committing. Is it compliant with all the necessary security and privacy regulations? And so on.

“We don’t have time for complicated. We Just Want Security for our People.”

No one really wants to think about cybersecurity; they just want to get on with business. Company leaders are far more concerned with 1. Taking care of their bottom line 2. Getting the job done well and on time 3. Cybersecurity solutions should just be a given, running in the background – NOT complicated, messy, or expensive.

Also, people don’t necessarily understand what MFA, SSO, and all the other acronyms stand for. They don’t care about the X’s and DRs. They just want to keep their people safe, because “digital assets” belong to people.

“Happiness is Stuff that Works.”

Choosing a solution that’s not just functional, but also EASY to use, has never been more important. We must be able to provide “stuff that works” – because in cybersecurity, especially today, we can’t afford for it not to. Stuff that doesn’t work, or is too difficult to deploy, maintain, or use, is dangerous. If it’s too cumbersome, it will end up frustrating entire teams to the point of Zero Adoption, which is a loss right there. As we all know, NOT having the proper tools in place can mean huge losses and disastrous effects on companies and on individual identities.

Perhaps it sounds ironic when we say we built TraitWare with Zero Trust architecture.

But what is Zero Trust? Zero Trust doesn’t mean we encourage company leaders to distrust their people. It simply means that companies must determine WHO is to be trusted (who has the permission to access company assets) and then verify that they are who they say they are at every login.

While that may sound like a complicated task, it doesn’t have to be. TraitWare’s Passwordless ZeroTrust solution dramatically simplifies login. Why? Because the multiple factors of authentication (MFA) required for Zero Trust access are inherent in the TraitWare solution. So, the TRUST part of the equation happens because the user’s identity is tied to the mobile device that he or she already carries with biometric-enabled authentication via the TraitWare app. What can be a messy and often frustrating experience (especially if you have to remember a password) is done with TraitWare in three lightning-fast steps. Nothing to remember, no shareable or phishable secrets, no push notifications. Just you and your tokenized mobile device.

Some of our fans like to tell people that “it’s like Magic” it’s so fast. While TraitWare may appear to be magic when you see it in action, it just works the way it’s supposed to. Because we built it that way. With users/people in mind.

You can watch how it works for yourself, but TRUST me, login takes about a tenth of the time that it took me to explain how it works just now.

Why Should You Trust TraitWare?

The TraitWare team has gone above and beyond what the industry expects from a cybersecurity provider. With 5 patents and more pending, TraitWare technology works NOW to secure the highest risk sectors, integrates with standard tools and systems, is simple and accessible for all users, and comes with guaranteed scalable excellence.

TraitWare complies with the highest quality, security, and privacy standards.

*The highest level of security for a software authenticator

Don’t take our word for it. Listen to what our customers are saying.

Take it for a free spin and see it for yourself

For more on how TraitWare is working to simplify and secure login, drop us a line and we’ll book a time to chat.